Our Favourite Team on Social Media

Chelsea recently scored a 5 year lucrative sponsorship deal with the Japanese tyre company Yokahama in an attempt to finance the rebuilding of their Stamford Bridge stadium. The deal rakes in about £40 million each year for the club, and makes up about 12% of the total revenue for the club. Worth a total of £200 million across the entire life of the deal, Chelsea’s shirt sponsor will be helping the club with their redevelopment project.

Manchester United are one of the biggest and most famous football teams in the world, so it isn’t surprising that they can attract some of the biggest and best sponsorship deals. In 2014, the club struck a deal with sporting brand Adidas worth £750 million so that they would manufacture the team’s kit for a decade – a deal that rakes in about £75 million for the North West England club every year.

The last time that Adidas made Man U’s kit was 23 years ago, and in the interim it has been manufactured by both Nike and Umbro. This new sponsorship deal represents about 15% of the total turnover of the club which comes in at around £515 million per year. This is substantially more than United’s previous deal with Nike was worth, although at its time, that too was a record breaking amount. 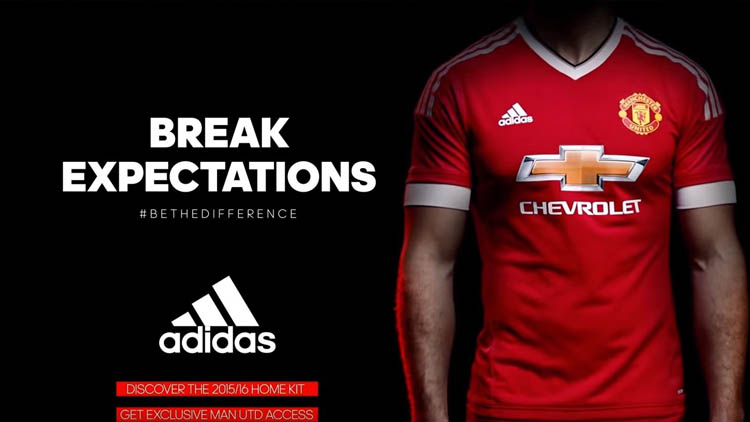 Why Is A Sponsorship Deal So Important?

When a football club can attract a big sponsorship deal with a well known brand, they can benefit from all of the advantages that the extra income can provide. At all levels, and even in amateur football, when a club can make a deal with a sponsor, they can increase their revenue allowing them to improve their stadium’s facilities and attract better-known players to the team.

The biggest clubs have the bargaining power to negotiate with the most famous brands and so can attract more lucrative deals. With the money obtained from these deals they can then tempt the best players away from their existing teams to raise their profile even more.

The amounts of money being exchanged in today’s sponsorship deals are unprecedented and are set to mount ever-higher over the years to come as clubs and brands alike look for higher profile arrangements. 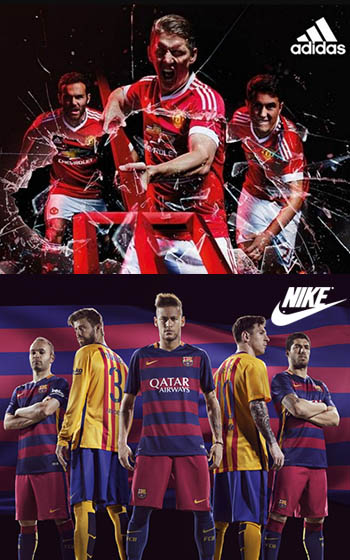 Sponsorship deals aren’t always about the kits, it can be about the stadiums too. Manchester City is one of the most prominent clubs to have struck a deal with sponsors to name their stadium in their honour and in 2011, they negotiated with Etihad Airways to name their home ground The Etihad Stadium. The deal will be in place until 2021 and during that 10 year period, about £400 million will be made for the club – just more than 10% of the club’s annual revenue.

It isn’t just UK football teams that have forged fantastic and lucrative sponsorship deals. In 2017, Real Madrid and Adidas renewed the contract they had already made for kit sponsorship bringing in the Champions League and La Liga champions about £85 million every year for another decade.

One of the biggest sponsorship deals of recent times has to be the one made between sporting giant Nike and the Spanish Barcelona football club in 2016. During the negotiations, Nike agreed that they would extend the existing deal for kit sponsorship which they had with the club until 2023, making about £140 million per year for Barcelona. The kit deal makes about 30% of total revenue for the club.